Skip to main content
ACES Program staff are working remotely to protect community health. Please connect with us via phone and email. 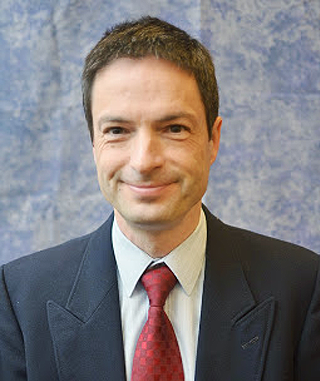 Michel Cukier is the director for the Advanced Cybersecurity Experience for Students (ACES) undergraduate Honors College program. He is an associate professor of reliability engineering with a joint appointment in the Department of Mechanical Engineering.

His research covers dependability and security issues. His latest research focuses on the empirical quantification of cybersecurity. He has published more than 70 papers in journals and refereed conference proceedings in those areas.

Cukier is the primary investigator of a National Science Foundation REU Site on cybersecurity in collaboration with Women in Engineering, where more than 85 percent of the participants are female students. He co-advises the UMD Cybersecurity Club, which has a membership of more than 400 students.

He received a degree in physics engineering from the Free University of Brussels, Belgium, in 1991, and a doctorate in computer science from the National Polytechnic Institute of Toulouse, France, in 1996. From 1996 to 2001, he was a researcher in the Perform research group in the Coordinated Science Laboratory at the University of Illinois, Urbana-Champaign. He joined the University of Maryland in 2001 as an assistant professor.